StrAus-Zert, the testing, monitoring and certification association for road-owners recently evaluated the RetroTek-MU (USA Version) as a suitable Dynamic Pavement Retroreflectometer for measuring the coefficient of retroreflected luminance RL of road markings/striping according to ASTM E 1710. Test Certificate No. 0913-2017-04. 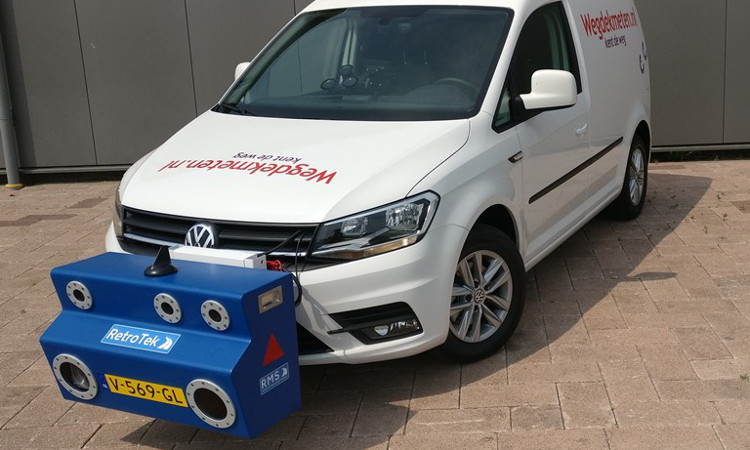 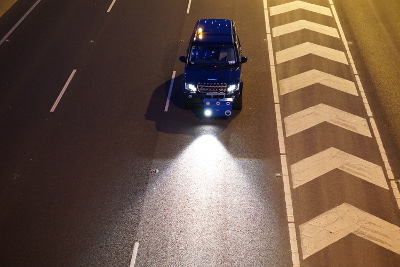 The RetroTek-MU is the first dynamic mobile retroreflectometer to be certified to ASTM E 1710 capable of measuring road markings / striping across the full width of a traffic lane simultaneously in one pass at traffic speeds up to 75 mph and operated by one operator/driver. The RetroTek-MU has the capability to measure the night visibility of road lines/ striping on the right and left including the lane markings (symbols) in the center of lane. It also collects data on the absence & presence of reflective pavement markings (RPMs)/road studs.

“With its ability to simultaneously measure striping on both sides and middle of a traffic lane to ASTM E 1710 up to 75 mph, the RetroTek-MU is the most efficient safe and versatile mobile retroreflectometer systems on the market”, explains Joe Turley CEO of RMS Ltd.

In relation to accuracy compared to hand-held Retroreflectometers, Dr Hans-Hubert Meseberg of StrAus-Zert noted in his assessment report that the tests confirm that the measuring system RetroTek-MU provides, within the scope of an acceptable measuring accuracy, the same measured values of the coefficient of retroreflected luminance RL as a portable, handheld measuring device. The accuracy of the measuring results is not influenced by the color (white or yellow) of road markings/striping.

The test also concludes that the coefficient of retroreflected luminance RL can be detected with a good measuring accuracy by the measuring system RetroTek-MU, independent of the measuring velocity.

In Dr Meseberg overall assessment he stated that the deviations of the measurement results are low overall, especially considering that the difficult measuring conditions (different measuring areas, uneven marking surface, non-homogenous structure of the marking surface, non-homogenous bead distribution) cause inaccuracies that are not attributable to device inaccuracy.

Dr. Meseberg concluded in his test report that the RetroTek-MU Mobile Pavement Retroreflectometer is deemed to be well suitable for the dynamic measurement of the coefficient of retroreflected luminance RL of road markings/striping according to the measuring geometry and measuring conditions given in the US-Standard ASTM E 1710 and delivers the same results as a portable retroreflectometer. The measuring results are independent of the measuring speed and are not influenced by the kind, form, and color of the road markings/striping.

The RetroTek technology under the DuaLine project has received funding from the European Union’s Horizon 2020 research and innovation programme under grant agreement No 684477.